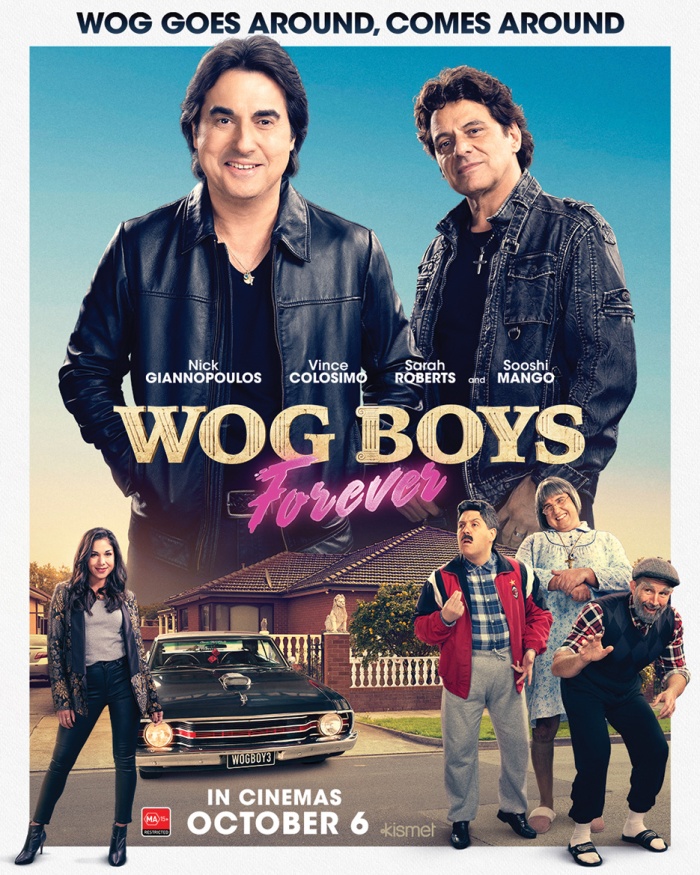 The once infamous Steve ‘The Wog Boy’ Karamitsis is now in his mid-life years, still single and working as a taxi driver.  An unexpected guest in his cab sets off a chain of events for Steve & his wog boys to once again show the world that “Where there’s a Wog, there’s always a Way!”.

In 2000 The Wog Boy broke box office records and became one of the highest grossing Australian films of all time.  Ten years later in 2010 the Wogboys returned in the international smash hit Wog Boy 2: The Kings Of Mykonos. Now in 2022 one of the most successful Aussie comedy franchises of all time is back for a third spin around the block with WOG BOYS FOREVER… because Wog goes around, comes around!