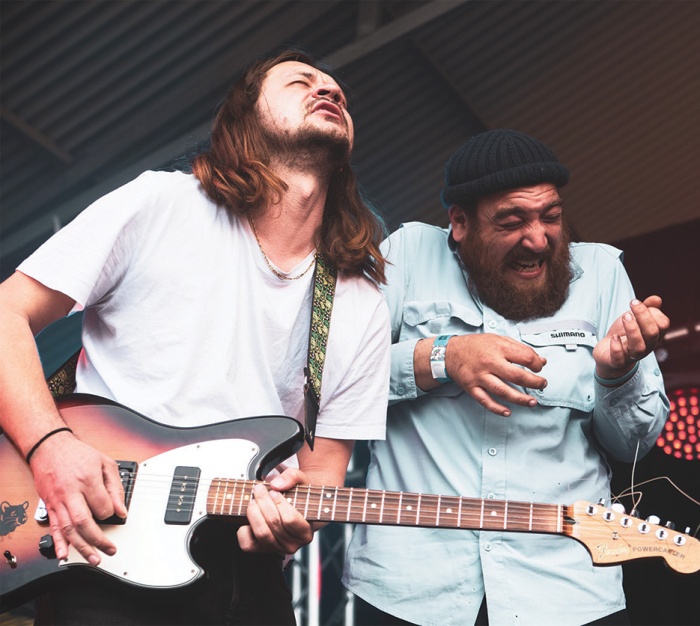 PERTH rockers Old Blood have your summer sessions sorted with their “Bloody Sundays” residency at Clancy’s Fish Pub in Fremantle.

Every second Sunday of the month, Old Blood has the walls and floors of Clancy’s shaking as they explore and merge blues, soul and rock.

“It’s not often that bands get offered these kinds of opportunities,” he says, “to be able to platform our music once a month at a great live music venue with really supportive management. We are hugely grateful.”

Papa-Adams says Old Blood’s music is born from “blues influenced improvised jams”. Whether it’s a cover or an original song, the band is constantly experimenting with new ideas and directions during rehearsals and gigs.

Old Blood are known for their very unique stage presence; what began as a technique to combat stage fright has evolved into their own personal and distinctive performance style.

This is driven primarily by Papa-Adams who immerses himself in the music as he subtly guides his band through instrumental interludes.

Papa-Adams describes this as an immersion technique, which he picked up during his time at a Sydney acting school.

“It’s where you effectively remove yourself from the scenario and the audience and commit yourself fully to the music in that moment,” he says.

“It began as my way of hiding from the audience and slowly over time it progressed into our performance style today.

“I will often miss vocal cues because I’m too immersed in the musicality of our performance!”

He explains that as a group of musicians, it’s their job to entertain people, but it’s also their job to be authentic.

“We cover a lot of old blues songs,” he says “and most of them were written by men going through struggles that we’re never going to be able to relate to, not from any real perspective anyway. So, we need to provide our own level of authenticity for people to enjoy.

Papa-Adams hopes the “Bloody Sundays” residency will keep the band on their toes as they approach a busy summer and a new year, in which they are hoping to release new music.

Old Blood next appear at Clancy’s Fish Pub on Cantonment Street in Fremantle on Sunday November 13.