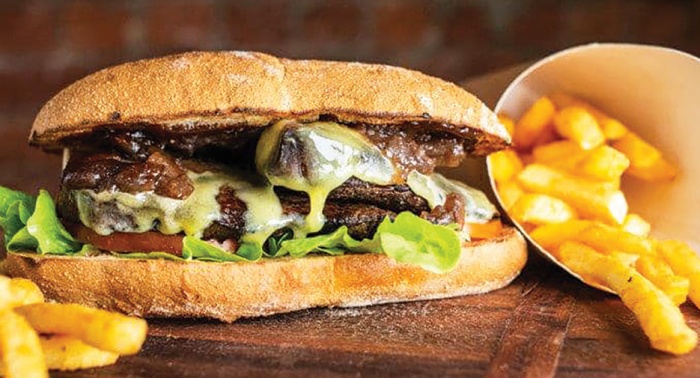 WAS Long Paddock Burger Co a victim of its own success?

After opening in Attadale a few months back, the general consensus was that the burgers were top notch but it was super busy and the wait times were, on occasion, horrendous.

Long Paddock is owned by Our Farm the Village Butchery next door, and they use the same premium meat from their ethically-run farm in Boyup Brook.

But it seems Long Paddock hadn’t managed to reconcile the slow food movement with the quick turnaround of a burger bar, so I gave it a few months to find its feet before visiting last weekend.

Situated on a little strip of shops on Davis Road, Long Paddock is slightly off the beaten track in a quiet suburban pocket of Attadale.

There’s no real place like it in the area, so it filled a gap in the market and probably accounted for it being swamped on opening.

The compact menu had a nice range of beef and chicken burgers, kids burgers and milkshakes.

I liked how Long Paddock had gone down the classical route and there wasn’t any kitchen sink burgers or fusion monstrosities.

There was a nice range of toppings including prosciutto, blue cheese, jalapeños and beetroot, but they really wanted to show off their two headline acts – the aged premium beef patty and the marinated free range WA chicken.

I was temped to order the Long Paddock burger with 16 hour sous vide aged steak, but I wanted to try their patties, so I went for the Big Smith ($17).

This was a bit of an Aussie breakfast-style burger with beetroot, egg, bacon and cheese (shh, don’t tell my cardiologist).

The patty was absolute killer – a substantial chunk of meat that was brimming with flavour.

You could tell it was aged beef and it had a gorgeous chargrilled flavour.

There was plenty of toppings on there including cheese, lettuce, tomato, onion, aioli and relish, but the burger held together nicely and you could just about get your choppers round it.

The toasted white bun was another high point – super light and no stodge in sight.

The accompanying chips ($7) were amazing too – perfectly seasoned with a crunchy exterior and fluffy inside. Some of the best I’ve had at a burger joint.

The test of a good burger is how you feel 30 minutes afterwards – bloated, guilty, contrite, greasy, wishing you had got the double, or even worse making a dash for the dunny.

I felt great, a bit like when you smoke a cigarette after…

“I like these kind of chunky patties instaed of the smashed ones that are in vogue right now,” she said.

“It’s got a lovely smoky taste and goes really well with the lettuce, tomato and onion rings, with the BBQ sauce adding a little sweetness. Top notch.”

They were great value for money and the burgers were the perfect size for our young kids.

Long Paddock Burger Co is a high quality addition to the Attadale dining season and it’s great that little pocket of suburbia now has a top notch butchers and premium burger joint.