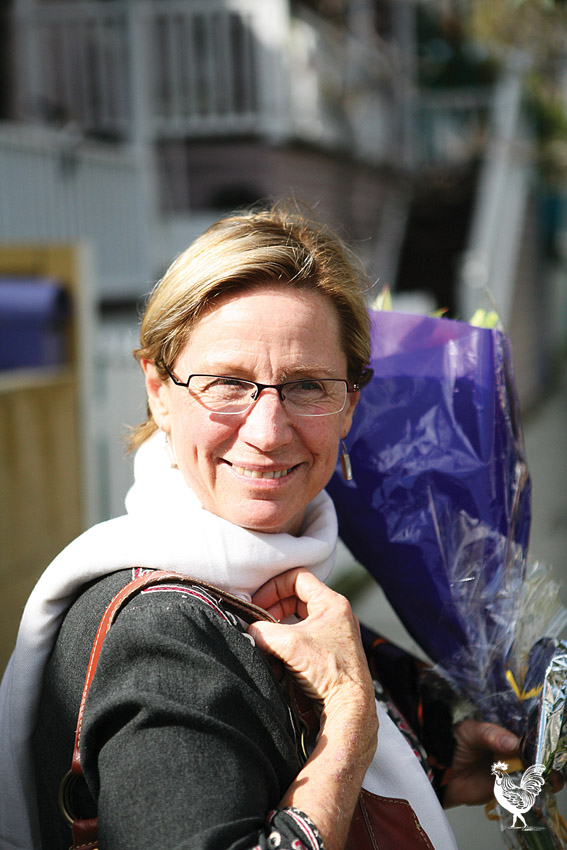 Having immigrated to Australia in 1962 from Kenya, she later spearheaded a raft of indigenous programs while working for the council 20 years ago.

“She was our leader,” Hilton elder Marie Thorne said through tears this week. “She was like a shield for all us Nyungars, because we did not have any sort of ground to stand on till we worked with Penny.

“We were all shy and she showed us all how to get over it and to be strong, and not be afraid of what we were doing.”

Ms Thorne noted that after working with Ms Kordyl, she’d started to win awards for her community work, including Fremantle Citizen of the Year, and was chosen to carry the Olympic torch on its way to Sydney. She still cherishes a picture where she’s standing next to Ms Kordyl holding the torch.

Former community development manager Barbara Powell says Ms Kordyl started with the organisation in the late 1980s running the Meeting Place in South Fremantle and her presence was immediately felt.

“She had such a welcoming presence that the place just started to take off; numbers were up, the courses were going up, the number of people using it to share their skills and their sense of community.”

Shortly after Ms Kordyl left the centre, it was a recipient of Australian science’s equivalent of the Oscars—a Eureka prize for its Living Smart course which had she had helped get off the ground.

After moving to the council’s HQ in Kings Square, Ms Kordyl’s focus was on indigenous issues, particularly working with underprivileged children in Hilton.

The recently completed $6 million Hilton Hub had its genesis in the Messenger project she’d championed, as she joined Ms Thorne and Pam and Kevin Nundle in asking the council for a lean-to against the local PCYC where kids could take part in art classes.

She also worked with the Nyungar community on the Walyalup Dreaming project, one of the first attempts to bring together the fragments of Dreaming stories that remained in the region. It culminated in a highly successful exhibition at the Moore’s building.

Retired community development chief Ken Posney says his endearing memory—apart from constantly stealing Ms Kordyl’s yoghurt from the council fridge—was that she rarely ever smiled, because she was always thinking.

“But when she did, it lit lit up the room,” he recalls. “She certainly was a force to reckon with—but not in a negative way because she always stood up for the Aboriginal community here.”

Ms Kordyl’s husband, Peter Mann, says she had many talents that even people close to her wouldn’t have known about because of her humility.

A talented silversmith, she produced the anti-nuclear documentary Take Heart that was shown at the Berlin Film Festival. After leaving the council Ms Kordyl worked with people with mental disabilities through the Reflections art gallery in Northbridge.

She is survived by her husband and two children.

Disclaimer: Steve Grant was a colleague of Penny Kordyl at Fremantle council.