Portorosa is the go-to restaurant in Fremantle when you crave an Italian feast. It’s an all-time favourite with locals and returning tourists.

“I was born close to the ocean, so when the sea breeze arrives in the afternoon it reminds me of my childhood and sharing meals with my family.”

Portorosa’s menu consists of many favourite dishes and it doesn’t miss a beat when it comes to authentic Italian cuisine, especially its delectable pastas.

“Everyone expects it to be served with a marinara sauce, but where I’m from it’s served with a base of olive oil, garlic and white wine.

Complementing the spaghetti is a treasure trove of fresh seafood, including calamari, prawns, mussels, clams, scallops, chilli and fish.

The dish is finished off with a handful of plump cherry tomatoes.

“We sell a lot of seafood here and I imagine it’s going to become more popular in the summer considering how close we are to the ocean,” Joe says.

All of the seafood at Portorosa is sourced from Western Australia, including the calamari and the Barramundi, which is a saltwater variety from up North.

“I buy all our seafood locally because local products cook and taste so much better than imported,” Joe says. “Customers expect quality and that’s what they get.”

On my recent visit I got stuck into the Eggplant Involtini: four pieces of eggplant rolled around thick spaghetti and cooked in Portorosa’s famous Napoletana sauce.

I was taken aback by how much flavour is crammed into this incredible dish.

Topping the Involtini is a powerful parmesan which ties the flavours of the meal together. 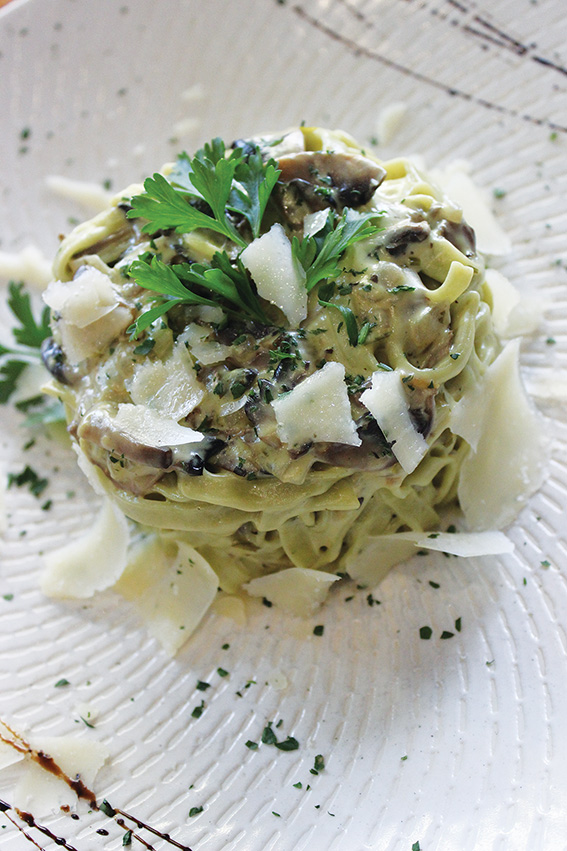 “He works hard to serve the best quality dishes including fresh homemade pasta.”

One of Portorosa’s newest creations is the spinach fettuccine.

Mixed through the emerald pasta is a luscious Il Boschetto al Tartufo, a semi-soft cheese made from cow’s and sheep’s milk.

If you’re after something more than pasta and seafood, Portorosa has an extensive menu of meats, including surf and turf, scotch fillet, Scaloppine di Manzo alla Marsala—eye fillet sautéed in marsala wine sauce with mashed potatoes and vegetables.

For those who are wondering, Portorosa is named after Joe’s mother, Rosa, who hails from the Sicilian town of Tonnarella, which like Fremantle, is a port city.

Portorosa is about food, family and sharing meals – go along and create new memories with yours.