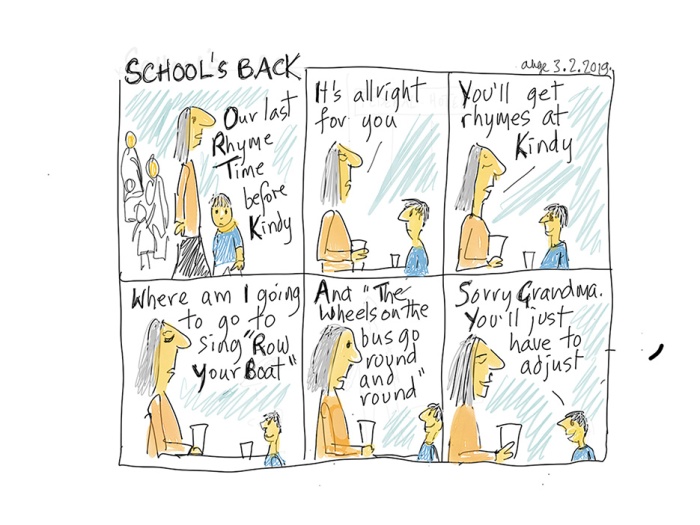 Fit for a King?
AN excellent analysis by Martin Lee outlining the emerging debacle of the King’s Square Plan (“Space for All”, Thinking Allowed, February 2, 2019).
To see an obvious opportunity to give Fremantle a genuine city square, a massive attraction for visitors, being wasted to satisfy one person’s ego while lining the pockets of developers, who’s management structure has been fractured by a massive split between directors, is appalling.
There is still time to cancel the unnecessary construction of the administration building and to secure space for council’s management in the property already nearing completion, which we have repeatedly been told is a joint venture and a partnership with the city council. Or has that simply been an outright lie by the mayor?
We should also be told about the financial deals between Sirona, the city and Twiggy Forest. How much profit has been made from the Spicer Site and when will the city be paid?
Or are we going to see more shifting of the financial goalposts?
Former Fremantle mayor Peter Tagliaferri correctly described this current plan as ‘Freo Inc’.
A point of interest is that no councillor has been given access to the full contract–only an outdated business plan–with Sirona. And if they have, they have not questioned it.  It is time council showed full transparency and councillors performed the due diligence their electors deserve.
There is still time to prevent a financial train wreck. The mayor is driving the train and the buck will stop with him.
Roger Garwood
Attfield Street, Fremantle
The Ed says: The Herald was contacted by a representative from Sirona who said Mr Lee’s assumption the company made a profit on the sale to Mindaroo was not correct. There had been a modest fee paid, but no profit.

Quay decision
REVITALISING the Fremantle waterfront along Victoria Quay should involve linking the town with the cruise ship passenger terminal via a redesigned bus/rail transfer station.
This could be achieved by moving the train platforms (as well as the buses) a little further north-east out of the station, so that the trains and buses can better co-ordinate their services away from the muddled station forecourt.
The old train station, with its grand archway entrance, can then serve as an attractive pedestrian gateway and thoroughfare leading unhindered from Market and Queen Streets to the quayside waterfront. The station building can still link pedestrians laterally with new train platforms located a little further north-east.
And what about complimenting and connecting the wonderful but isolated Maritime Museum with a waterside performing arts centre, a five star harbour-view hotel and an integrated Rottnest and river ferry complex? I wrote in a previous letter about the importance of connecting to and developing the Victoria Quay waterfront for the future of Fremantle.
Let’s have ideas and a bit of enthusiasm to push for a bold implementation of the council’s ‘Freo 2029’ plan. The state government needs to step up and co-ordinate the relevant agencies under the banner of, dare we mention it, promoting tourism and jobs.
Maybe our cruise ship visitors might get quite excited.
John Adderley
Wardie Street, South Fremantle