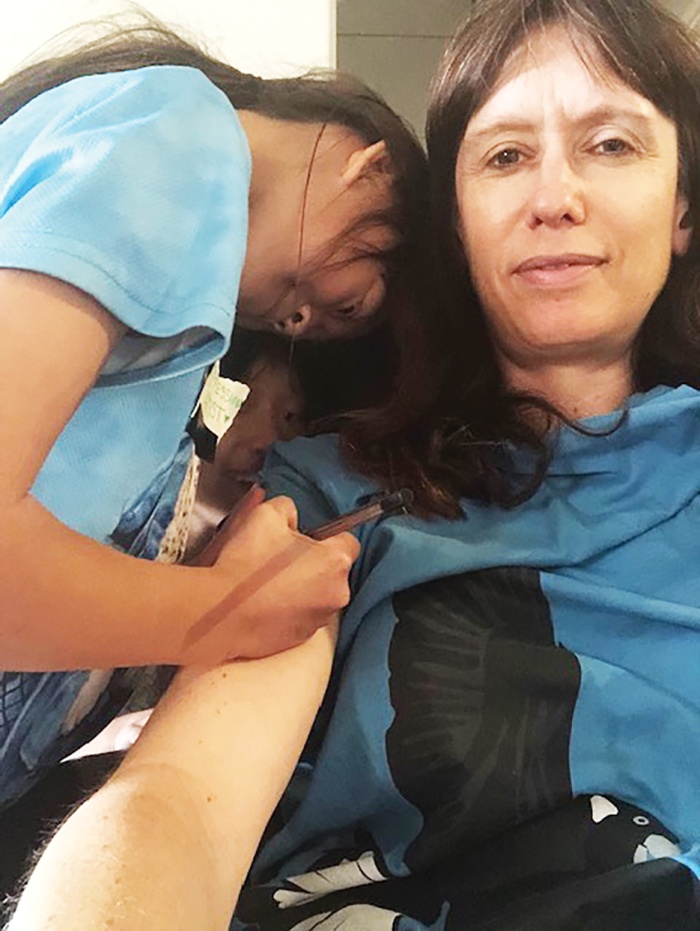 ANITA DOWNING is a member of the WA Forest Alliance and so passionate about WA’s forest and their wildlife she’s promising to get a Cocky tattoo. But she’s concerned about a recent agreement signed by the state government that allows loggers to bypass federal environmental laws and she and her comrades will be marching on parliament come May to express their anger.

GROWING up in the southern suburbs of Perth, the unique sounds of the Carnaby cockatoo flying across the skies in large flocks was always a magical memory.

To this day, their call gives me goose bumps.

But sadly, they are becoming less and less.

Our beloved Carnaby’s (only found in this part of the world), can only nest in hollowed-out marri and karri trees that are about 300 years old.

As Perth sprawls, and more and more land is being cleared, the animals simply have nowhere to go, and their food sources are being depleted.

We all know how important trees are, for wellbeing, for cooling, for rainfall, carbon storage and biodiversity.

We are at such a crossroads with climate change, that our actions need to change fast.

Australia has one of the highest loss of species in the world, and it has now more than 1800 plant and animal species at risk of extinction. Where is the balance for our future?

The majority of people wouldn’t have heard of the RFA (Regional Forest Agreement), and to be honest, even though I have campaigned on the protection of our native forests for many years, I only heard of it recently.

Essentially, the RFA is an agreement between state and federal governments to give the logging industry a free pass from federal environmental laws, meaning the state government can overrule any federal laws that might prevent them from logging.

The RFA is due for renewal on May 4.

However, premier Mark McGowan has now already signed the new agreement, which is a real setback for our native forests.

Why would anyone sign an agreement that bypasses the very laws we need to protect our environment?

If elected, federal Labor said they were committed to scientific and climate-based research before any RFAs were renewed.

With these reviews, it could be brought to light that the WA logging industry has lost $5.79 million over the last five years, costing taxpayers money as we are needed to support an unsustainable industry.

Since the RFA was signed 20 years ago, 195,000 hectares of karri and jarrah forests have been logged without proper environmental assessments, with a high percentage of jarrah and karri logs being turned into firewood and woodchips.

The WA Forest Alliance has a thorough and sustainable plan to transition the timber industry into farm forestry and placing high conservation forests into secure national parks.

More information can be found at http://forestsforlife.org.au/the-plan/

To help with our campaign, fellow activist Anina Burns and I have pledged to get tattoos of a red tail karakak and Carnaby cockatoo in a bid to bring awareness to the situation.

If you would like to donate, the link is https://inkforforests.raisely.com/anitadowning

All funds raised will be going towards the amazing work that the WA Forest Alliance do.

We also encourage people to join us for a March to Parliament on Saturday May 4,  Meeting at Yagan Square in Perth at 12pm.