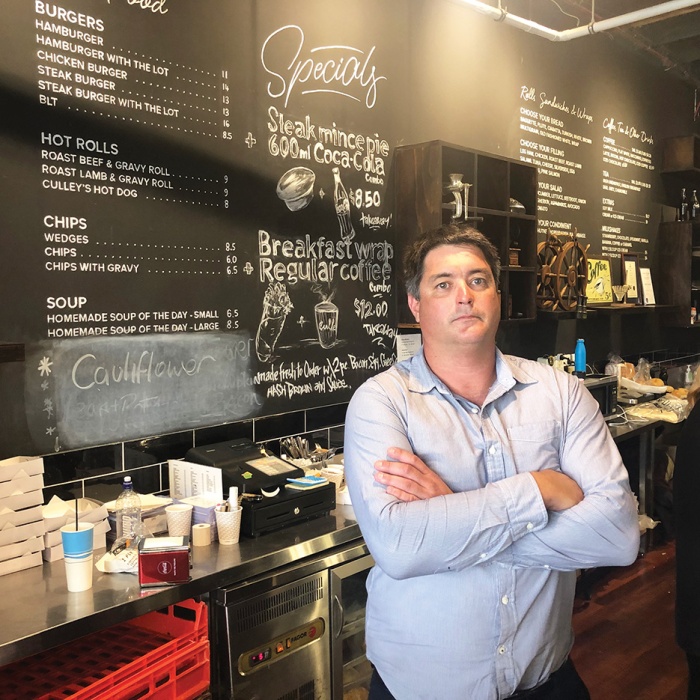 Owner Michael Culley says that three girls about 16 years old walked into the shop on the Saturday afternoon, reached over the counter, and emptied the till while staff were busy serving.

When a female staffer confronted them, the girls got “aggressive” and then casually walked out with the money.

“In the 90 years that Culley’s has been here, this is the first time anything like this has happened,” Mr Culley says.

“The grand final is one of our busiest trading days of the year. The staff were rattled and we’ve notified the police.

“I wouldn’t normally go public with something like this, but anti-social behaviour in the city is getting worse and worse–something needs to be done.” Mr Culley says in the same week as the robbery, items were stolen from a delivery van parked outside and food was filched from his shop counter.

He says he has a bird’s eye view of the day-to-day anti-social behaviour plaguing High Street Mall and Atwell Arcade.

Since the theft, Culley’s staff are only using the second till further away from the counter and are reviewing security.

The Herald understands the thieves were captured on CCTV in Atwell Arcade.

Police say the robbery took place around 1.30pm and inquiries were ongoing.