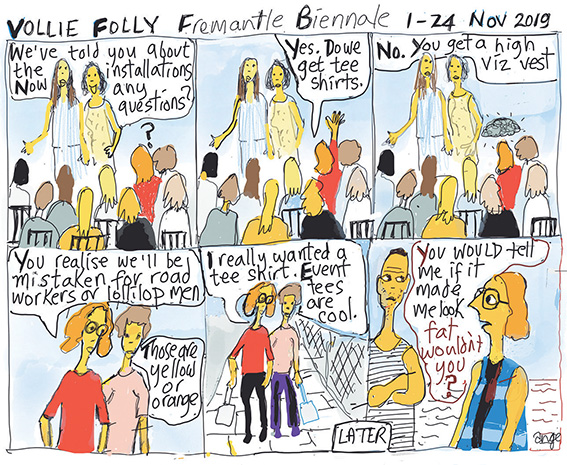 My cup not runneth over
For anyone thinking of going to the Melbourne Cup, there really is no point now, unless you like watching horses whipped and made to run so fast that they are regularly left with bleeding in the lungs or broken bones.
Most horses are raced as two and three-year-olds, although some will race as young as one year and nine months, despite the fact that the horses are still physically immature and prone to injury.
Many horses disappear altogether from racing early in their career as injuries render them worthless.
Though illegal in Australia, some will have their injuries masked by drugs that enable the horse to keep racing, until the injuries inevitably worsen and the horse breaks down and is sent to slaughter.
Like Taylor Swift, please skip the Melbourne Cup.
Help phase out this exploitative “sport” by refusing to patronise existing tracks, lobbying against the construction of new tracks and educating your friends and family about the tragic lives that racehorses lead.
Desmond Bellamy
PETA Australia

Chicken feed
WHILE reading the Herald today I stumbled across the letter that had objections to the Herald printing the picture of the young “activist” wearing the “Eat Pussy Not Animals” T-shirt.
The lady that wrote the letter was appalled by the photo; I found it hilarious and that type of “reporting” is a big part of the reason I read the Herald.
Remember a few years back, they took pictures of the public toilet after a doo-doo bomb went off? Awesome.
Scott Petrill
Peachland, North Carolina

Election tells the story
INTERESTINGLY, the ‘very small group of trouble-making NIMBYS’ that have been hammered by trolls and various councillors in Melville, morphed into many thousands, as the vote was 18,479 for change and only 7549 for more of the same.
The vote was in response to a culture of ignoring the people, or not being aware of the needs of the residents of Melville.
Contrary to what has come out in the press, it was not about state and federal politics relating to Roe 8 and 9.
Nor was it about political party preferences.
It was about concerns for the environment of our city – open space, river-front access, community amenities, high-rise development, and the lack of genuine consultation with ratepayers and residents.
Carline Kelers
Clydesdale Street, Alfred Cove

FOGO is rubbish
IN light of the new FOGO waste reduction and recycling plan, I think reducing the rubbish bin by about half the size and then reducing its collection from weekly to fortnightly (as my rubbish bin is labelled), reduces the rubbish capacity to only 25 per cent of what it used to be.
This is very ambitious of the local councils but will only result in the recycling and green waste being contaminated as people very quickly run out of bin space for rubbish.
As much as a family might plan to reduce their rubbish, I think we are certainly going to have future recycling so badly contaminated that another solution will have to be found.
Rob
White Gum Valley

12-gauge karma?
I WAS magpie attacked ‘again’ and blood was drawn ‘again’.
My hat didn’t even deter it.
The bird got away on a wing and a prayer, and clearly made the ‘point’ of how the ‘pecking’ order lies on Samson Street.
But I wasn’t thrown off the bike and that’s a good thing. I’m too old to go falling off my bicycle.
I wonder if the magpie attack is ‘fowl karma’ for all the wild ducks and geese that landed on my stove top (by way of a 12-gauge) in the past. Should I simply try another bicycle route, attach an umbrella to my bike helmet, take up cricket?
No, I could never do that.
The magpie does what it does because that’s what it knows.
Evolutionary development should sort it all out, but when?
It just doesn’t understand that I’m not a threat or a problem to its families existence, does it?
Not a Canadian.
Jim Farrell
Address supplied