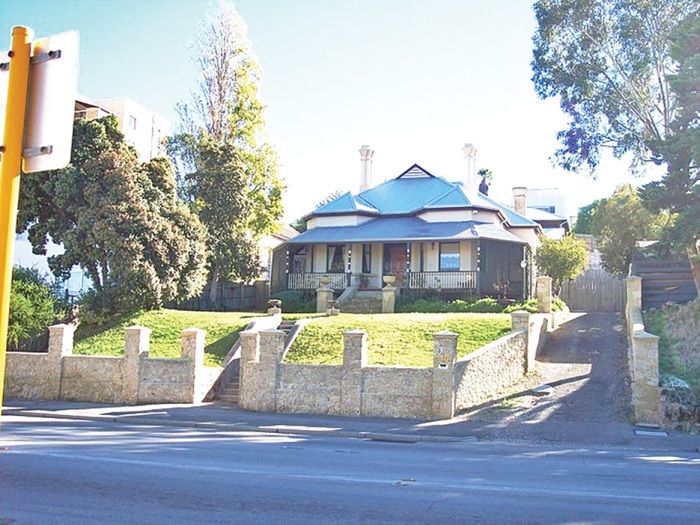 • Definitely not demolished: 140 Canning Highway “retains a high degree of integrity” according to its heritage listing. Photo from streetsofeastfreo.com

The false report of its demolition was a surprise to Herald reader Yvonne Baker, 85 and now living in Bicton.

She has a detailed history and early photos of the house so we’ve put her in touch with the Museum of Perth researchers to fill in some details.

Another reader who now lives at 26 Hubble Street (the Gothic-style house that was once a Spiritualist church) also called us up to say there’s still something spooky about this place.

“Sometimes it is spooky!” the current resident tells us, suspecting some of the former occupants might still linger.

“I’m Fijian, and we believe in all those things, and I just tell them you have your space, I have my space, don’t invade mine! You can hear something walking in the house sometimes,” she says, but she’s not scared: “They’re not invading my space or anything like that.”

She has a strange tale of how she came to buy it some 15 years ago: “The house was on sale, I passed by and my car broke down in front of the house.

“I always thought there was something about this house, and that’s why my car broke down. It was a brand new car, I bought it three days before.”