WE decided to take some country friends to the George Street Quarters in East Fremantle for a pre-Christmas breakfast.

The menu has something for everyone, including interesting options like super green omelette with pine nuts, cherry tomatoes and feta ($24).

But it was the mushroom medley ($22) that caught my eye.

It was fungi heaven with two varieties of enoki, plus field mushrooms.

One of the enoki resembled tiny squid, the “tentacles” pan fried to a delicious crispiness, while the field mushie gave the dish a hearty “meatiness”.

Topped with sautéed spinach and kale, and sprinkled with reggiano (parmesan), the fungi was perched on one of the best potato rostis I’ve ever eaten.

Crisp on the outside, the centre was soft and fluffy with a pleasant buttery oiliness.

One of our friends had the eggs benedict ($22), which was also resting on a rosti, with a rasher of bacon on the side. 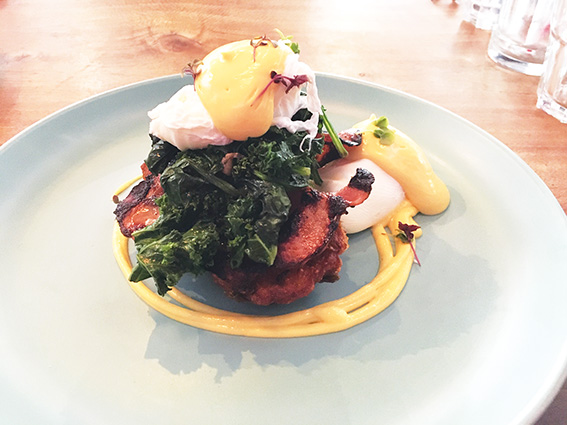 Our mate raved about the sharp vinaigrette and the creamy hollandaise sauce.

“It’s all beautiful,” he concluded.

D’Angerous Dave lived up to his British roots, opting for the “safe” mushrooms and poached egg on toast ($16).

“How much can go wrong with eggs, mushrooms and toast?” he said.

He did concede the eggs were perfectly cooked and the sourdough toast perfect for soaking up the runny yolk.

But our other friend reckoned her toast and egg were both underdone, proving that things can go awry with the simplest of dishes. 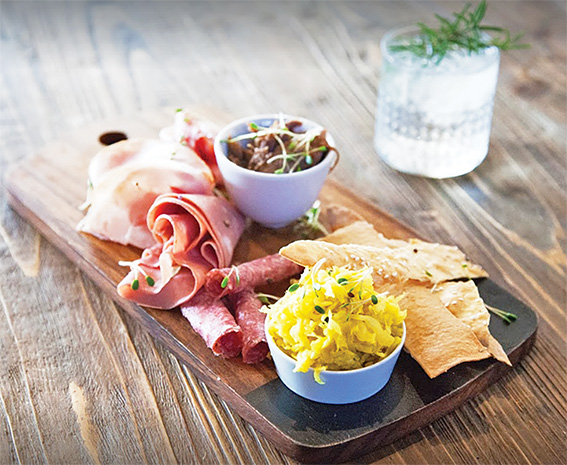 “It’s so moist and sweet,” she said pulling apart the soft morsel.

Dave and I had a raspberry coconut slice ($4.50), which would have benefitted from being nuked to room temperature to boost the flavour and texture.