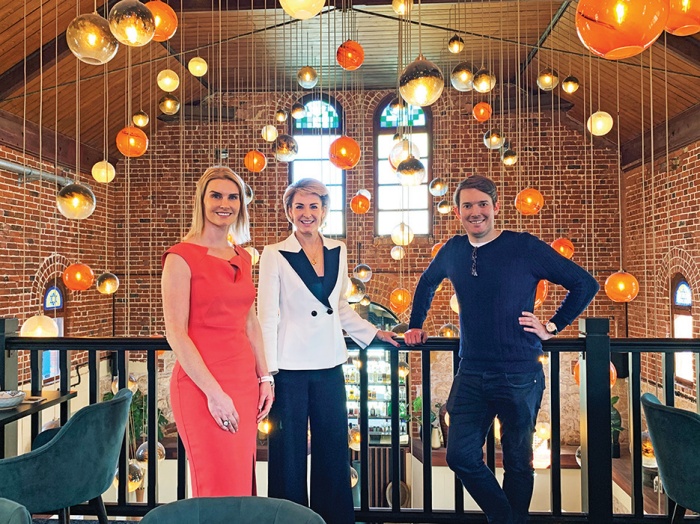 Mark McGowan should bear in mind how much WA is relying on federal JobKeeper assistance to stay afloat as he fights to keep the rest of the country away from the state’s borders, small and family business minister Michaelia Cash (centre) said in Fremantle this week.

Ms Cash was in town to promote the party’s state candidate for Fremantle Miquela Riley (left), spruik the Coalition’s first tranche of cuts to business tax, and talk to traders about their experiences with JobKeeper and Job Seeker. Ms Cash said the Morrison government wasn’t siding with mining billionaire Clive Palmer in his High Court challenge to WA’s border closures, but given it was a constitutional matter wanted to ensure its perspective was heard.

However, she said WA’s unemployment rate was 8.1 per cent and would have been higher without JobKeeper, so the premier wasn’t being upfront pretending WA was doing fine without the rest of the country. Ms Cash was blown away by the rebirth of Freo’s synagogue into a foodie heaven; co-owner Ross Drennan (right) said JobKeeper had been helpful keeping staff on board during the shutdown, but said it had been difficult to convince people to come back to work when the $750 weekly payment was more than they’d been receiving before the pandemic.