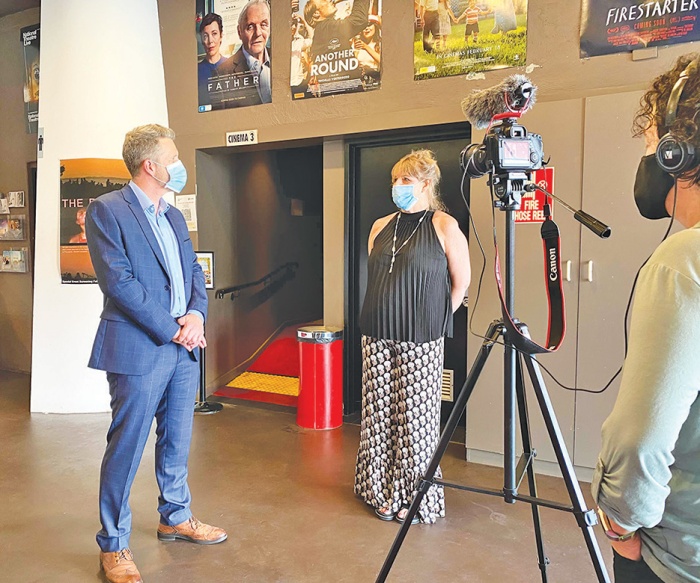 INDI cinemas are facing a crisis when JobKeeper payments dry up next month, with predictions small players will be forced to close their doors.

Ingrid van den Berghe is managing director of Luna Palace Cinemas, which operates Luna on SX in Fremantle, and says despite WA’s relatively short shutdowns, the industry was doing it tough.

“It’s been a tough 10 months for us, and even tougher for a lot of our peers that are more reliant on the bigger product that comes from America, as none of the features are being released,” Ms van den Berghe said.

When they haven’t been closed down completely, Cinemas have been forced to operate with half-empty houses in order to comply with social distancing measures.

According to management consultants PwC Australia, Covid stripped around $750 million from box offices across the country during 2020, while cinema advertising plummeted by around 60 per cent.

“I know that we as an industry are frightened about what’s going to happen come March,” Ms van den Berghe said.

“When JobKeeper stops for everybody, and when the rent agreements come to an end, a lot of cinemas in Australia, and a lot of my peers are not going to be able to open their doors again.

“It would be terrible for the community, terrible for people that are going to lose their jobs, and also really bad for filmmakers.”

Mr Wilson said the federal government needed to be “sensible and responsible” in supporting all businesses at risk from the pandemic.

“Independent cinemas like our own Fremantle institution Luna on SX are a vital part of our cultural fabric, for telling our stories and connecting with the wider world,” Mr Wilson said.

“The Covid-19 pandemic has hammered these businesses and many will be dangerously vulnerable if JobKeeper support is ripped away at the end of March.”

“I’ve never met a filmmaker who has told me they’re putting their heart and soul into a film for it to be shown on a TV screen.

“Without these cinemas, some locally produced films would simply go unseen on the big screen, and that would be a massive blow for audiences and film buffs alike.

“Not only are these cinemas important as a screening hub for individual films, they’re also the home of many film festivals that showcase WA and Perth-made movies.

“During the height of the pandemic we saw a bunch of film festivals move to an online pay-per-view streaming platform and from all reports, virtual audience numbers didn’t come anywhere close to the number of people who would usually attend a physical screening.”