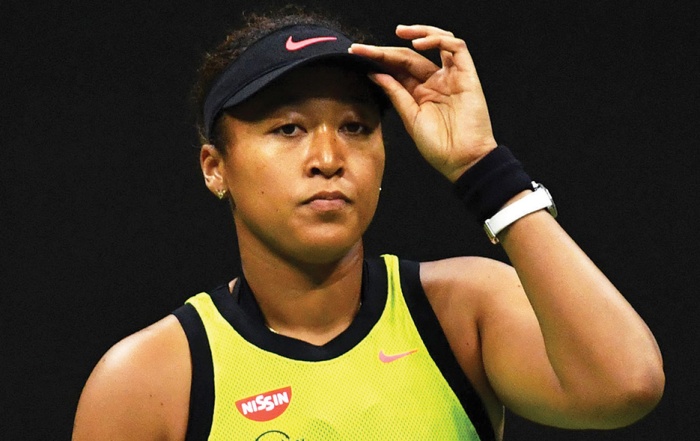 Tennis star Naomi Osaka had to take a break from the game, citing mental health issues.

AS the 2023 FIFA Women’s World Cup approaches, there is a cry for a “culture shift” to ease the pressures facing young women in sport.

Local business owner Kris Marano says “sport is a driver for social change” when addressing issues of communication and expectations set for women; witness the initial outcry, then outpouring of support for tennis star Naomi Osaka after her withdrawal from Wimbledon on mental health grounds.

Ms Marano developed Game Changers as a new coaching toolkit aimed at improving the mental wellbeing of female soccer players by encouraging them to support each other and talk about the issues they face.

Its goal is to empower women to step into leadership roles and create a strong system of support and belonging. She believes making sport more joyful will also keep women involved longer.

“There is talk about the need for mental health and wellness to be more normalised in sport and not for people to be treated like machines,” Ms Marano said.

Game Changers has been piloted at the Fremantle City Football Club since March and a review of its effectiveness is coming up in October.

“The more we share knowledge and work together then we can see the change that we want for women in society.”

She wants to roll the initiative out through WA before trying to go national, saying it provided a platform for sportswomen to raise important issues.

Game Changers member and FCFC player Jarrah Smith-Taylor said there was a need for systemic change but a lot could be done “through women empowering women”.

Ms Smith-Taylor said there was an increase in the sense of community created by the teams of the FCFC built through the support, inspiration and drive they shared through the program.

“I truly feel we are trying to achieve something worthwhile. It feels incredible to be a part of a cause that is at its very core ‘for women by women’,” she said.

Bicton Labor MLA Lisa O’Malley is currently working on a report for sport and recreation minister Tony Buti about the barriers facing women in sport.

Apart from the obvious such as clubrooms with no female change rooms, she said change had to be throughout the club.

“It’s not just about what happens on the ground, but with the club’s board and how it can make change,” Ms O’Malley said, saying that could be the most difficult aspect to shift.

by CASSANDRA GOONTING and STEVE GRANT