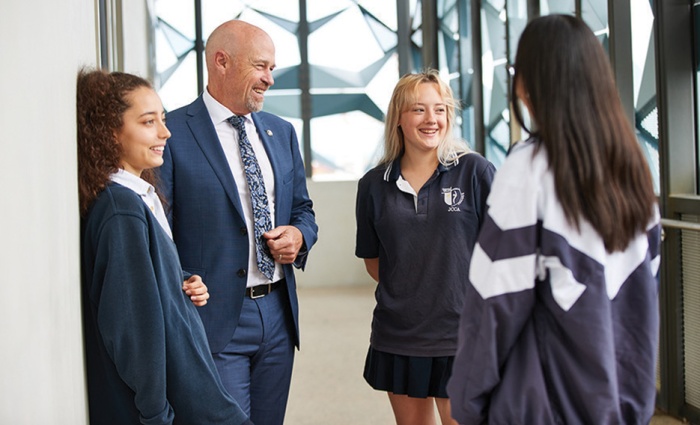 John Curtin College of the Arts principal Mitch Mackay has been named WA’s secondary principal of the year.

“I am very humbled. Being a principal is probably the greatest privilege that someone can be given, to have that responsibility for the whole community. It’s something you don’t need an award to do but being acknowledged is a lovely thing for me,” Mr Mackay said of his award, the school’s second in as many weeks.