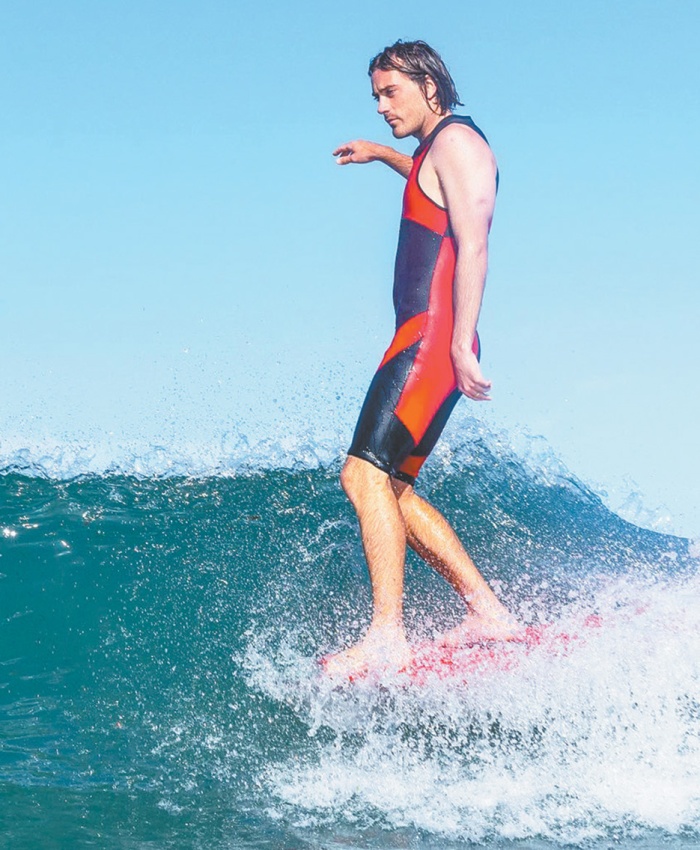 The Chook continues its feature on Fremantle’s up-and-coming young entrepreneurs with a look at Jordan Morris’ Spiral Wetsuits and the company My ilo.

JORDAN MORRIS’ brand Spiral Wetsuits was borne out of his frustration with the wetties he was wearing out on the waves, where he was making a name for himself as a rising surfer.

“I was getting a lot of wetsuits for free from a company just for surfing a few years ago, but I had a bit of a moral thing about just selling crap – promoting wetsuits I thought were pretty poor,” he says.

“I kind of thought I could do better myself.”

Mr Morris’ father had a 35-year military career and had forged a friendship with Freo wetsuit maker Pip Clayden when she was measuring him up for his custom-made SAS titanium wetsuits.

He says the pair initially asked for a bit of advice.

“And then we started with little repairs or tie-ups or whatever, and then went ‘actually we really enjoy this, would you mind showing us pretty much everything you can.

“Now we’re trying to tack towards the whole custom-measuring part of wetsuits as well.”

The brand has a few big selling points, the first being the choice of material.

Mr Morris uses a limestone-based rubber which helps to reduce the environmental impact of traditional neoprene.

“So it has these properties that make it stronger; it lasts longer, it’s 1000 times warmer; it’s just a superior material.

“Compared to just normal petroleum-based neoprene, it’s just leagues and leagues above it.”

He says the decision to manufacture locally plays into that choice and is a big part of their appeal: “Being the whole Australian-made thing, you can’t half-arse it; we’re going to make the best product we can, so we’re going to use the best material.”

Since launching on the market about nine months ago, a big part of his sales have come through WA’s surfing scene, but they’ve also hit a vein with women.

“We made it a big thing at the start to make a tonne of women’s stuff, because you log onto some companies’ websites and they’ll have 20 men’s wetsuits and one women’s wetsuit and it’ll be covered in flowers and be pink.

Mr Morris says he always had an interest in hand-made fins, starting with a sander and piece of wood before moving into fibreglass. Now they’ve got a big machine in the factory to help produce more, which took a TAFE course to get his head around.

After that Mr Morris says he’s heading back to TAFE to study fashion design to develop his pattern-making skills, while his dad is pretty keen on getting his own brewery started up, while his brother Zach is hoping to branch out into making wooden jigsaw puzzles.