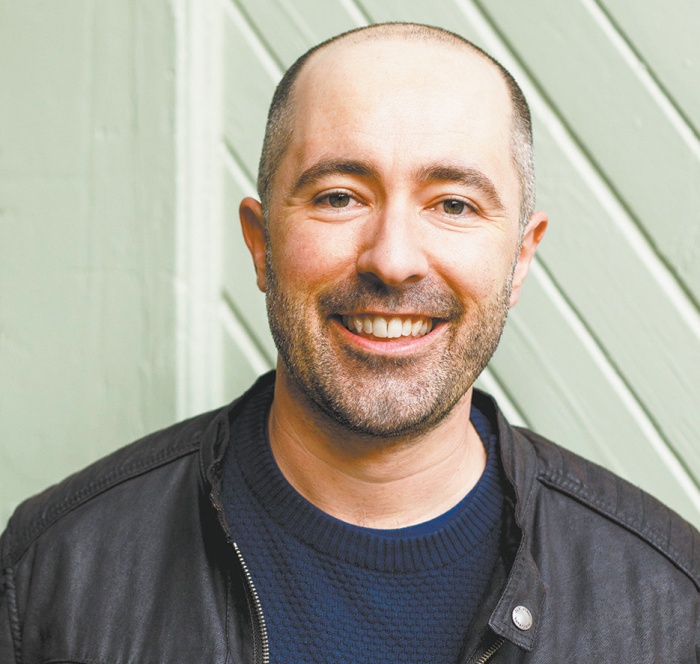 FAMED children’s author James Foley has another award label to stick on his latest book Stellarphant, after it was named an ‘honour book’ in the picture book of the year category of the Children’s Book Council of Australia Awards last week. Perhaps even more tellingly, this year the CBCA organised for 2000 kids across the country to do their own ‘shadow judging’ of the CBCA Awards shortlists.

After the results were tallied, Stellarphant won Picture Book of the Year in what’s being called the 2022 CBCA Sun Project: Shadowers’ Choice Awards.

The Herald caught up with Foley to ask what that all means, how he comes up with his endlessly-inventive titles and what he’s working on

What did you feel when Stellarphant was shortlisted?

I’ve had a couple of books shortlisted in the CBCA Awards before, but this is the first time I’ve had one awarded as an Honour Book; it’s incredible to have that recognition from the Children’s Book Council of Australia. And it’s so wonderful to have Stellarphant win Picture Book of the Year in the Shadowers’ Choice Awards – to have the kids choose it as their favourite is very gratifying. I remember as a kid I always loved Book Week, and would look for the shortlisted books with their shiny stickers. It’s surreal to now have my own books sporting those same stickers.

What, to you, are the most important elements of good writing?

I think the most important thing in fiction writing is to suck the reader in and have them forget about the world for a while. If you’re reading something and you find that you’re thinking about the shopping list or the chores that need doing instead of focusing on the story, then there’s probably something lacking in the writing.

How many books have you written, and which is your favourite?

I’ve illustrated 18 books and contributed to one anthology. Of the 18 books, I wrote six.

My favourite book is usually the  one I’ve just finished, as I feel like  I’ve (hopefully) improved my work with each story – so my current favourite is Stellarphant.

Which part of the book was the most fun to write?

Picture books aren’t very long, so there’s not really many parts to them as such – the whole thing was fun to write.

But I did include a non-fiction section at the back of the book; it’s all about animals that have been to space in real life, and that was especially interesting to research and pull together.

What is a significant way your book has changed since the first draft?

Stellarphant is about an elephant called Stella who wants to become an astronaut. The very first draft had her called Matilda, and she still wanted to go to space – but she also wanted to be a motorcycle stunt rider and a bunch of other things. That version didn’t really work! It came together eventually.

What inspired the idea for your book?

I was sitting around a table in a cottage on Rottnest with some illustrator mates, and we were all sketching random things and having a chat. And my page ended up having an elephant and penguin astronaut on it, going on a spacewalk. Sometimes you have to go and find ideas, but sometimes ideas find you.

What are the major themes of the book and why did you choose them?

On the surface the book is about animals in space, persistence and determination. But on a deeper level it’s about discrimination, diversity, equity and feminism. From the earliest drafts of the book, the elephant wanted to become an astronaut but wasn’t allowed for whatever reason.

Once I started to think through the reasons for that, it became an analogy for the way that women and people of colour were historically treated not only in the aerospace industry but in most industries, and in society in general.

In the book, Space Command is run by and for white blokes and they want to keep it that way; Stella is the literal elephant in the room.

What is your schedule like when you’re writing a book?

I try to get to the studio at least 4 days a week, 9am-4pm. I treat it like a normal job, which is hard sometimes when I essentially work for myself. Deadlines are great for keeping me focused; so are bills. I’m really lucky to get to do work that I enjoy.

How do you celebrate when you’ve finished and got your book published?

I take a nap. There’s not usually a huge chance to party and celebrate as my wife and I have two young kids to keep us busy.

Usually I’ve got another book to get on with, but I try to leave a gap of at least a week in between books so I can recharge.

There’s actually a long wait between finishing a book and when it’s released – usually 6-12 months. So when a book is finally out, it’s a bizarre experience for me; I end up looking at it with fresh eyes, almost as if it were made by someone else.

What are you working on next?

I’m working on a new graphic novel series for Scholastic. It’s still secret squirrel for now. The first book will be out in early 2023.