It’s not broken, what’s to fix?
I AM proud to be an older third-generation Australian.
For the past 50 years I have hoisted the Australian flag in front of our home. I object to the small majority of people who are trying to change Australia to a republic.
Australia had a referendum to decide with a yes or no vote. The Australian voters voted an overwhelming “no”. We were told this was to be a once-only referendum, nothing has changed. There is an old — if it is not broken don’t fix it. The cost of a referendum is millions of dollars,
I hesitate to think how many millions of taxpayers’ dollars it would cost to change from the Westminster System to a Republic. Put our money to a better use and get on with governing this great country.
Frank Granger
Melville Bch Rd, Applecross
The Ed says: Thanks, Frank. If the marriage equality referendum is to be taken as a guide it will cost in the order of $120–$160 million. A referendum is required because any change requires constitutional amendment. The only practical change (assuming it’s an appointed and not elected president) would be replacing the Governor-General with a President, and no longer referring to Britain’s queen as our head of state. Ideally we’d also get rid of that little red bit in the corner of our flag, too.

CEO ‘sacked’ in silence
THERE was a lot of furore over the sacking of Gary Stevenson from Perth city council. Not one word about CEO of East Fremantle who was covertly dismissed about six months ago by the faceless councillors.
Barrie P Renouf
Oakover St, East Fremantle 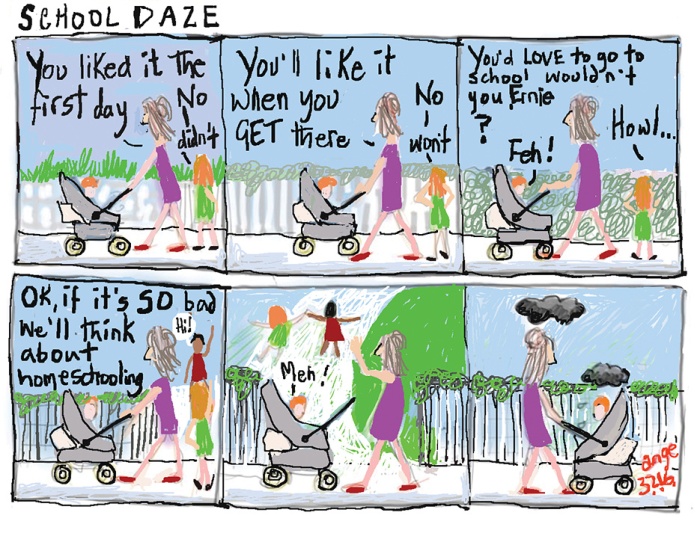 Rubbish idea
I REFER to Labor member Fran Logan’s comments on solutions to “rubbish in the park” (Herald, January 19, 2016) and his suggestion the government erect multicultural directional signs .
The honourable member is out of touch. Has he ever seen or read the pledge for what every newcomer obliges him or herself to after arrival? Doesn’t he know that taxpayers finance free english classes for those who want to or need to learn the local lingo?
If there were any children amongst the revellers, would they not go to school to learn english and proper manners to enlighten their parents? How do adults live, shop and work here if they do not know how to read the written word?
The immigration department wrote me that every immigrant is a benefit to this nation. Our freeway verges are also in many locations full of litter, but of course from different sources.
The member quoted many figures, all related to bulk waste, which is actually the main problem of local and state governments. I doubt whether environment minister Albert Jacob will take note about these comments.
Our 2.4 million population has only $30 billion plus debt, so retrenchments take place all around us. Incidentally, why not use community offenders to collect such litter, or is it too costly, too much red tape or indeed too demeaning for human dignity to collect waste or clean up in parks?
Otto Mueller
Windelya Rd, Murdoch

Service continues
I WOULD like to make a small but significant correction to last week’s front-page article (Herald, January 30, 2016) regarding my decision not to contest the next federal election.
I did not say I have “done my public service.” Indeed, I intend to remain actively engaged in public service, just in a different way, as so many Fremantle people do.
Hon Melissa Parke MP
Federal Labor Member for Fremantle

An enchanted evening
I ATTENDED the fireworks display in Fremantle, watching from the Monument along with thousands’ others. I drove four elderly friends, one of whom is a 97-year-old I’m a live-in carer for.
It was wonderful. I parked across the road, easy walking distance for my friends of varied mobility. We sat watching the sun go down, enjoying the hues of the changing sky. Enjoyed a glass of wine. Watched the hundreds of kids run around freely. Fireworks were enjoyable. All over we headed home. Easily done. Kudos to everyone. There was no aggro, everyone was happy and well behaved.
Desiree Peta
Worley St, Willagee

Logic keels me
SOUTH BEACH again. As boat owners are a tiny minority of population, why are their demands for space given a priority?
The rest of us, in our thousands, use South Beach for various recreational purposes, but our needs seem to take the second place. Also, I just read a statistic (mentioned by boat owner), that on average owners take their boats out 16 times a year. Rest of the time, as we all can see, they are in the marina, taking up space. So here we have a minority who seldom use the facilities, threatening our way of life. A bit of an upside down situation, methinks.
Kerttu Hamilton
Shoalwater St, North Coogee 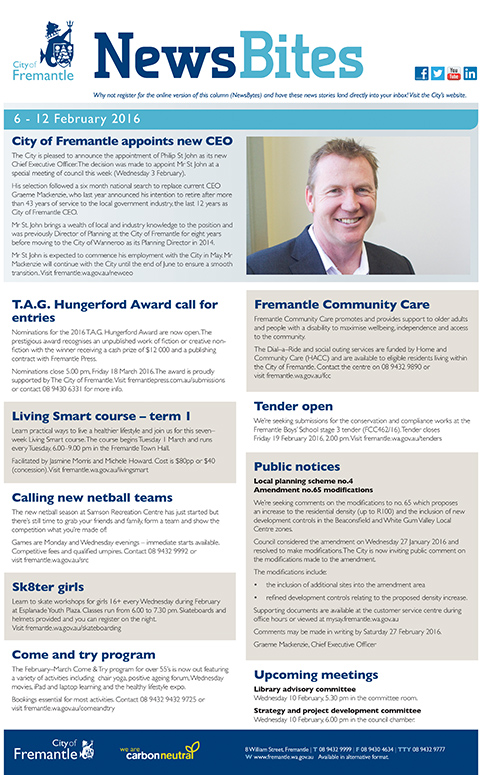