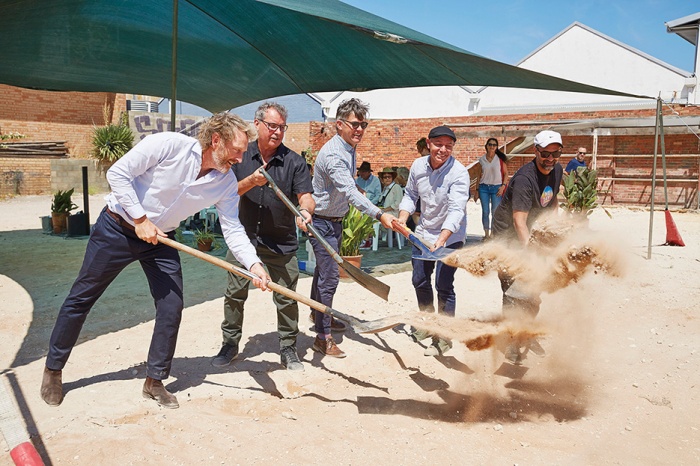 THE first sod was turned on a new style of housing development in Fremantle this week that does away with the developer.

The Nightingale Fremantle project in the new Knutsford housing precinct is the first time the model has been trialled outside Melbourne.

It is being been managed by Don Fini of the WA-based construction dynasty, who said he received a set fee for his services but wasn’t a “developer” raking in big profits.

“The Nightingale model is a social enterprise, backed by philanthropic investors who believe that homes should be built for people, not profit,” Mr Fini said, noting they had “100 per cent risk”.

He said the 15 apartments in the complex would only be sold to owner-occupiers, who would be restricted to on-selling at the average house price increase in the area, helping to keep the development affordable.

Mr Fini said the difficult housing market had forced them to alter their model, with investors asked to put up additional funding to get construction under way in the hope of flushing out more buyers.

He said while the project was tied together by EHDO Architecture’s designs, there had been input from potential buyers. One suggestion had seen the creation of a shared workspace next to the rooftop garden.

“There’s also a 20 kilowatt photovoltaic system which is expected to offset the complex’s body corporate costs by up to as much as $11,000 a year,” Mr Fini said.

Mayor Brad Pettitt attended the sod-turning and said it was another example of Fremantle leading the way in sustainable housing.